Get notified when we've got something new!
by Team upKeeper17th Jun, 2017

Ekonomipartner Mitt-Nord decided to go for their own new Microsoft-based Active Directory. For client management they chose upKeeper. This proved to be a profitable investment.

– The investment cost for upKeeper, including implementation, was recouped within six months. From month seven onwards we’ve made considerable savings within our client management thanks to upKeeper, states Mikael Jenerberg, CIO at Ekonomipartner Mitt-Nord.

“We have saved both time and money with upKeeper. We’ve had an ROI of 6 months and now the client management is much more time-efficient.” 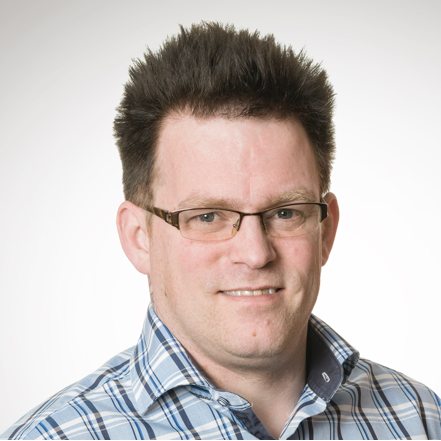 The search for a new system management solution

Ekonomipartner Mitt-Nord established a new AD and a new system management solution in two parallel projects. They had been in need of a new AD in order to be able to create an enterprise-wide AD for the future. In addition the previous AD solution was not ideal.

– It was a pretty complicated solution because we were not able to do a lot on our own, which also made it an expensive solution, recounts Mikael Jenerberg.

While they established a new AD they were also searching for alternative system management solutions and chose to evaluate five of them.

– The evaluation resulted in us choosing upKeeper for client management because it was the solution that fitted our needs the best, says Mikael Jenerberg.

upKeeper Partner Hi5 to the rescue

– upKeeper partner Hi5 got the task to build and customize the structure of the new AD and to implement upKeeper. With upKeeper and their own AD, Ekonomipartner Mitt-Nord now has better control over their network environment and is able to take care of most issues without needing the help of consultants.

– This saves us an enormous amount of time. I would estimate that we can now handle most issues almost ten times faster. Before, we sometimes had to wait a whole week to get a package of applications installed, now it doesn’t even take one day. On top of that, we have become a lot more flexible, says Mikael Jenerberg.

Both our IT-department and our users are noticing the advantages of using upKeeper. Ekonomipartner Mitt-Nord now has a central AD with systems for deploying new applications, remote control and central backups for data on their own servers. The IT-department, which eompllys four full-time members of staff, is responsible for approximately 650 computers and about 40 servers.

upKeeper was implemented at the same time as Ekonomipartner Mitt-Nord got their new AD. upKeeper is a tool for automating installations, re-installations and updates of applications and operating systems.

– We have saved both time and money with upKeeper. We’ve had a ROI of six months and now client management is much more time-efficient, says Mikael Jenerberg. However they have not only saved time and money with this investment – substantial improvements to functionality have also been made.

– Today we have approximately 70 applications compared to about 20 that we had before upKeeper was introduced. So even here there have been clear improvements for our users, concludes Mikael Jenerberg.

A bunch of updates in 4.11 - among other things: MFA Email, better Zendesk integration and much more...
3
Read more
Blogg