Get notified when we've got something new!
by Team upKeeper17th Aug, 2017

For the eighth year in a row upKeeper Open offered everything and anything from product news to good food. However, the most important ingredient was, as always, the users’ feedback and ideas.

When you use upKeeper, you get to participate in how upKeeper is developed as a product, no matter if you are a customer, partner or user. This is one of the most important sales arguments for upKeeper, and the annual conference upKeeper Open is very important for product development.

– We take all the ideas we collect here to our product development team where we discuss the development of upKeeper and which features we should focus on. We usually implement more than 80% of the functionalities our users ask and vote for at the conference, says upKeeper’s Janne Larsson.

This year’s edition of upKeeper Open was held at the Rex conference center and restaurant in central Umeå on Thursday and Friday,  21-22 of april. For the eighth time the upKeeper team gathered customers, partners and prospects to listen to seminars, participate in workshops and network. In total, there were 77 participants, a record high for upKeeper Open.

“We usually implement more than 80% of the functionalities our users ask and vote for at the conference.” 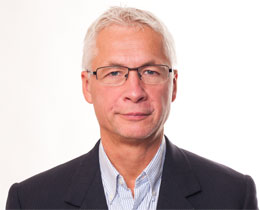 Thursday started of with what many described as the conference’s high point: a presentation introducing upKeeper 4.0. With a whole new architecture, a new interface and many new features, the update was welcomed by all participants.

– For me, seeing the new version of upKeeper was definitely most interesting. What we can expect and how we will handle it in our environment, said Fredrik Rylander, CEO of Aura IT Solutions when we talked to him aftere the announcements.

In addition to a modern and easily managed interface, one other bit of news was a completely new REST-API which makes it easier to integrate upKeeper in several different environments.

After two shorter seminars about Windows 10 deployment and how to package and sell upKeeper, the next big innovation was presented: upKeeper MDM. MDM is short for Mobile Device Management and makes upKeeper an all-in-one solution to remotely manage all of your organization’s devices, be it mobile phones, tablets or computers. The MDM-integration is a collaboration with DuoSTATION.

Concluding Thursday’s schedule was a workshop where all participants were divided into groups and were tasked with brainstorming which features and functionality they want to see in future upKeeper-updates, as well as determine which existing features are crucial and mustn’t disappear.

When the regular workshop session was concluded participants were invited to ‘open space’ sessions around a variety of topics. One of the most popular ones was Mats Johansson who talked about his own microbrewery. The first day ended with a buffet dinner and After Conference at Rex.

Friday started off with a quick report on the previous day’s workshops. Two shorter presentations were held before lunch, one about the prerequisites for upKeeper in day-to-day business, presented by upKeeper’s Robert Törmä, and one about the news service Mynewsdesk, with regional manager Johannes Eriksson.

After that it was time to summarize and vote. All participants got to rank which functionality they found most valuable in upKeeper. One of the highest-rated features was how easy it is to remove old packages and having MDM-functionality within the same interface. The conference concluded with a sumptuous lunch at Rex restaurant, after which most participants started their journeys home.

– I think the event is a great opportunity, says first-time participant Maria Engström, CIO at Indexator in Vindeln, located outside of Umeå.

– The best thing about it is being able to meet other people with whom I can talk about upKeeper, but also about IT-solutions in general. When you’re located in a small place such as Vindeln, you have to make an extra effort to be able to look beyond what’s right in front of you so it’s perfect to come out and meet other people and gain insight into other industries and businesses. upKeeper Open was a very interesting experience for me.

Tempeludden acquires all shares in upKeeper Solutions. The new majority owner is greatly experienced...
3
Read more
Show more
At upKeeper.se, we use cookies to make our website work well for you. By browsing, you accept the use of cookies.OkWhat are cookies?